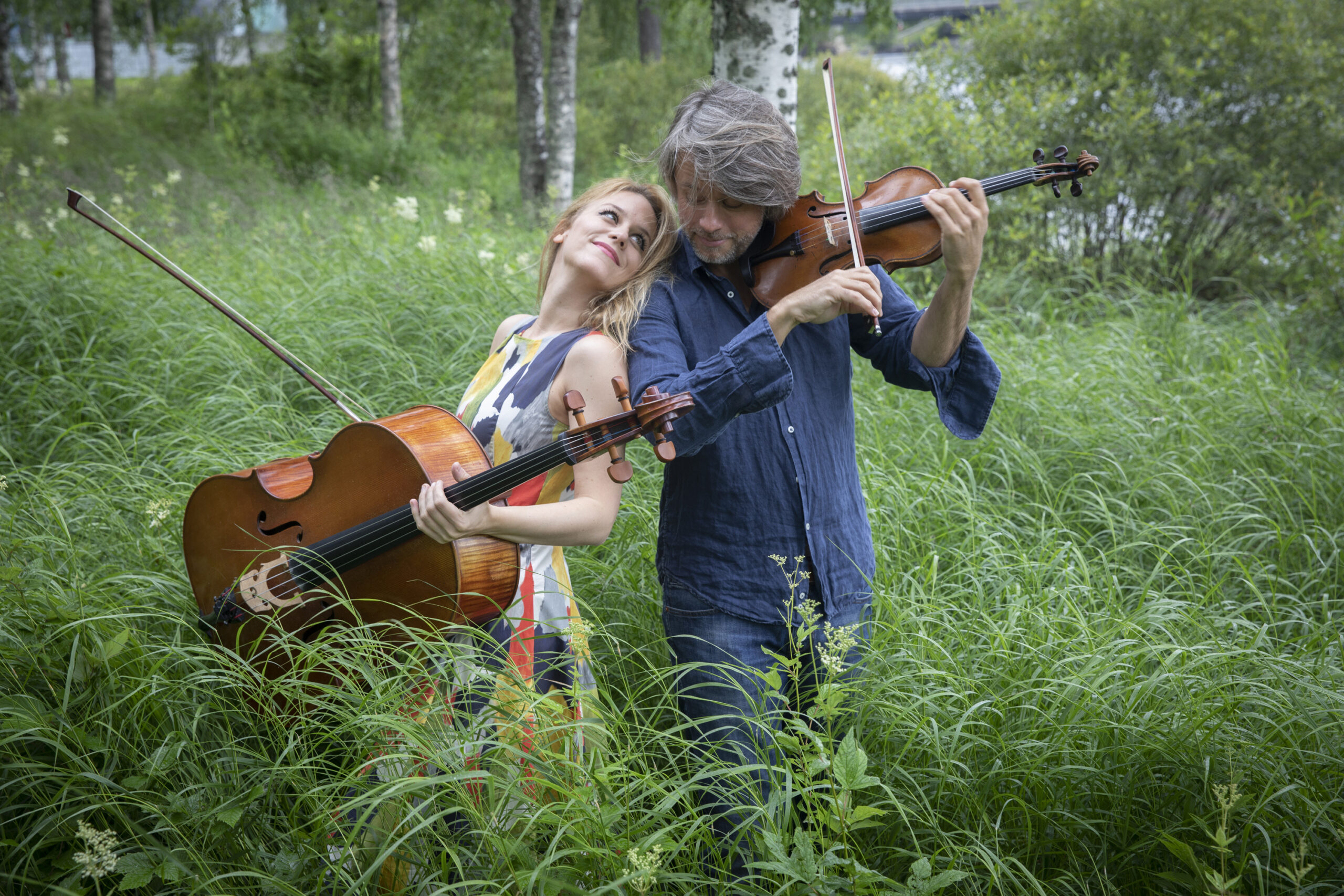 Following a one-year break, the Kuhmo Chamber Music Festival will take place once again this summer. Fifty-five concerts are planned, with the opportunity to hear dozens of top musicians from Finland and abroad. The theme this year is Beethoven, the 250th anniversary of whose birth last year was overshadowed by the coronavirus pandemic. The Festival runs 11-24 July.

Many well-known artists from the world of music will be performing again this year at Kuhmo. Pianists include Nino Gvetadze and Konstantin Bogino, and among the 20 or more violinists appearing are Sergey Malov and Daniel Rowland. Performing too are the cellists Senja Rummukainen and Trey Lee, among others. Five chamber ensembles will be playing, including groups from the Kuhmo Quartet Academy and, ever popular with audiences, the Danel Quartet and the Storioni Trio.

The pandemic means that only half the seats at the venues can be occupied. The venues this year are the Kuhmo Arts Centre and Kuhmo Church, as these larger spaces are better suited to social distancing. Audience safety has also been considered in the timing of events, because the number of concerts each day has been limited to just four, and there will be no intermissions. This will allow audiences enough time to leave venues safely and to move between them.

Classics on a large scale

The theme this summer is The Beethoven Burst! Over the two-week period visitors will hear some of Beethoven’s major large-scale chamber works, from the violin sonatas to the massive Septet. There will also be performances of all his symphonies arranged for smaller ensembles. The Festival will end with none other than the first performance in Finland of Vladimir Mendelssohn’s arrangement of Beethoven’s ninth symphony for chamber ensemble.

Audiences will enjoy a wide range of Beethoven’s output, as a lot of rarely heard works are on the programme. There is also much music from Beethoven’s time the Trout Quintet hasn’t been forgotten either. In general, the Festival programme will focus more than usual on the chamber classics. A further speciality for Kuhmo will come in the shape of Erik Satie’s Vexations for piano, which, with the repetitions, takes almost 24 hours to play!

The expression, the ’Beethoven burst’, comes from a gamma-ray burst observed in a distant galaxy in 1999, which was followed by an afterglow. The phenomenon came to be known as the Beethoven Burst, as it was discovered on the composer’s birthday. Artistic Director of Kuhmo Chamber Music, Vladimir Mendelssohn, has a poetic explanation for the coincidence: divine and natural forces had meant the discovery of a hypernova and Beethoven’s birth should take place on the same day. The light resulting from the birth of a star is a wondrous event, which can be seen, but music is like a dream, that can be heard, as Beethoven himself said.

It was the 250th anniversary of Beethoven’s birth last year, when Kuhmo Chamber Music was interrupted owing to Covid-19. But Beethoven continues to shine and Vladimir Mendelssohn says that his music, the product of his limitless imagination, embodies passions, visions, moonlight, storms, jealousy, love, contempt and admiration, bringing to life the mythical Prometheus, spirits and muses and the Ode to Joy. They have all become part of the same inextinguishable afterglow.

As always, there will be exhibitions of art at Kuhmo during the Festival. There will be graphic art and wood cuts by Ari Pelkonen and Annu Vertanen on display in the Arts Centre foyer 11-24 July and in the Chamber Music Centre’s Galleria there will be an exhibition by the group of artists known as Latitude 64. Leveyspiiri over the same period. Visual art from the OP Art Foundation will also be on display during two concerts on Friday 16 July.

The Art of Illusion promises to be the theme of the Festival for 2022, which was to be last year’s theme. Originally it was to be the subject of this year’s event, but the uncertainty surrounding the epidemic made it impossible to put on an identical programme.

The budget for Kuhmo Chamber Music 2021 is EUR 900,000. The town of Kuhmo and the Finnish Cultural Foundation have provided funding and financial assistance is at present being requested of the Ministry of Education and Culture. The festival has nine private sector partners. Partners and friends of the Festival are still the OP Financial Group, Canorama Oy, F-Musiikki Oy, Kainuun Sanomat, Kuhmo Oy, Loiste Oy, Metsähallitus, No-Pan Auto Oy and Osuuskauppa Maakunta.

The Kuhmo Chamber Music Festival, which began in 1970, will now take place for the 51st time. The two-week Festival is still Finland’s biggest celebration of chamber music.