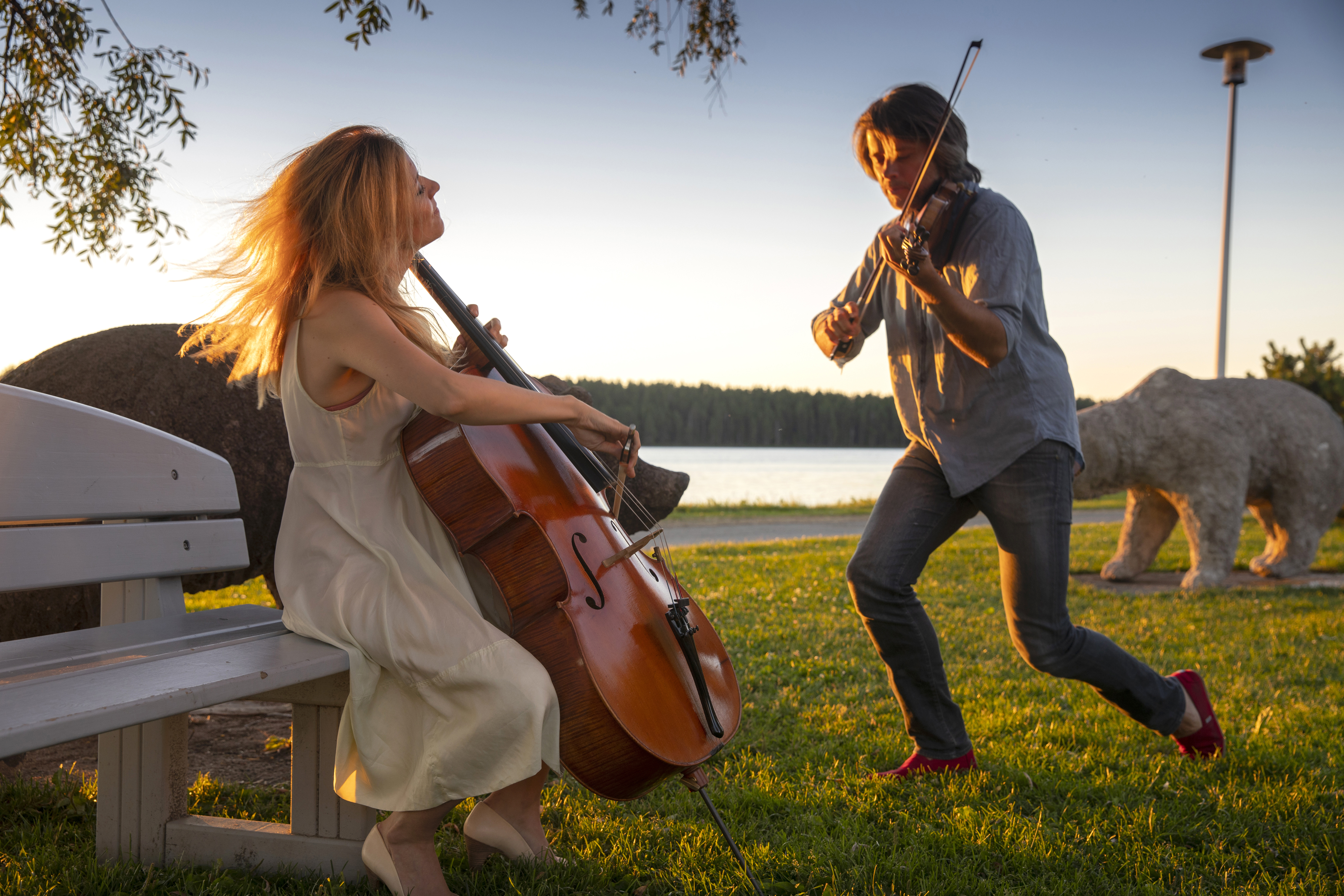 This summer it is the 50th anniversary of the Kuhmo Chamber Music Festival. It will run from 14 to 27 July and the theme this time is Nostalgia. For lovers of the great classics of the chamber music repertoire this summer promises to be a real celebration, as it will feature many of the works that have become firm favourites with audiences over the years. On the programme too will be some of the musicians who were at Kuhmo in the early years, such as Yoshiko Arai, Seppo Kimanen and Izumi Tateno.

”The past is the root from which all creatures that have become creators are cultivating an immortal tree,” is how Artistic Director Vladimir Mendelssohn explains the theme. Mendelssohn is not interested in just looking at history, though, because, as he says, “There is a way forward from those bridges that bend towards the past.” The new works commissioned over the decades for which the festival has been in existence are indicators of the future, and this summer we will be hearing some of the more outstanding pieces. The commissions continue, and this year will see the first performance of Juha T. Koskinen’s Dream Transmission for solo clarinet and electronics.

The Festival was introduced in 1970 by Seppo Kimanen, who will start the nostalgic ball rolling again this celebratory year on Sunday 14 July in Lentiira Church. All the works performed in the opening concert were on the programmes for the first festivals. That same evening the audience will hear the most frequently performed piece of the Festival, Schubert’s Trout Quintet, which has been played every summer since 1990.

On Monday we will hear three commissioned works from the years gone by, including one of the most stunning pieces ever given their first performance at Kuhmo, Sofia Gubaidulina’s String Quartet no 2 from 1987. Some concerts have featured brilliant, virtuosic works as encores going on into the small hours. Some of these encores can be heard at the late night concert on Monday.

On Tuesday there will be a performance by one of Kuhmo’s legendary musicians, Izumi Tateno, who played at Kuhmo back in 1971. He is still giving concerts, now concentrating on repertoire for the left hand only. On Wednesday we welcome Aulis Sallinen, and an entire afternoon is dedicated to his output. The day ends with The Story of Tango, with music by Piazzolla and the strains of traditional Finnish tango.

On Thursday in the first week the theme is the elements of nature: water, earth and fire. Friday is for the ladies, and on the programme are works dedicated to, and composed by, women. On Saturday there is a chance to hear again works that received their premieres at Kuhmo, including offerings from Japanese composers. The evening ends with cabaret.

Sunday 21 July takes us to the salons and courts, but there will also be concerts in more rural locations. Kuhmo Chamber Music in its early years spread to neighbouring areas, and this year there will be five village concerts to celebrate past habits.

Nostalgia on Monday comes in the form of Magnus Lindberg’s …de Tartuffe, je crois, which is one of the most regularly performed works that were premiered at Kuhmo. On Tuesday in the second week there is music dedicated to the League of Gentlemen, with Don Juan on the loose again. On Wednesday there will be reminiscences of first performances of works by Nordgren and Rautavaara.

The theme on Thursday 25 July is the ‘two worlds’ of heaven and hell. The evening’s highlight will be Mozart’s Requiem. Friday is dedicated to the performance of 50 masterpieces. The Festival ends on Saturday and includes a rendition of this year’s commissioned work. The last concert offers listeners the opportunity to experience no less than 14 seasons, with music by Vivaldi and Piazzolla on the programme – naturally.

Tuupala Primary School, completed last year, is a new concert venue at Kuhmo. The school hall, made entirely of wood, was also designed to be used for concerts and last year’s events showed that the building acoustics were excellent. Where there are five concerts in any one day, both the afternoon events will be at Tuupala. The evening concerts will be in the Kuhmo Arts Centre and the morning concert, as usual, in the church.

Almost 170 artists are appearing, including popular names such as pianists Natacha Kudritskaya and Nino Gvetadze, violinists Daniel Rowland, Nikita Boriso-Glebsky and, a familiar face at Kuhmo, Jean-Jacques Kantorow, clarinettists Christoffer Sundqvist and Lauri Sallinen, and virtuoso bandoneonist Marcelo Nisinman. Seven string quartets will be playing, including the Danel and Meta4 Quartets, both firm favourites in recent years. Youth continues to be represented, this time by the Young Chamber Musicians and the Quartet Academy, which was started in autumn 2018.

To celebrate our anniversary, on display in the Kuhmo Arts Centre foyer will be a selection of festival photographs by Stefan Bremer from across the years. Bremer’s masterly images will also be included in ‘Viisikymmentä ihmeellistä kesää’ (‘Fifty Amazing Summers’), a commemorative survey of the Festival written by Juhani Koivisto that will be out in the spring. At Amati and Salakamari, Pekka Lehtinen’s old posters of the Festival are bound to bring back memories, and there will be a display of Vesa Varrela’s glass art and sculptures in the Gallery at the Chamber Music Centre.

The anniversary year Festival has a budget of EUR 1.045 million, of which half is expected to come from ticket sales. The Ministry of Education and Culture and the City of Kuhmo provide financial assistance. The Finnish Parliament has given the sum of EUR 50,000 in grants for the anniversary year’s special programmes.

The Jenny and Antti Wihuri Foundation provides support for courses organised for young people who are members of the Kuhmo Chamber Music Quartet Academy and their performances. Support has also come from the Finnish Cultural Foundation for a book on the Festival’s history.